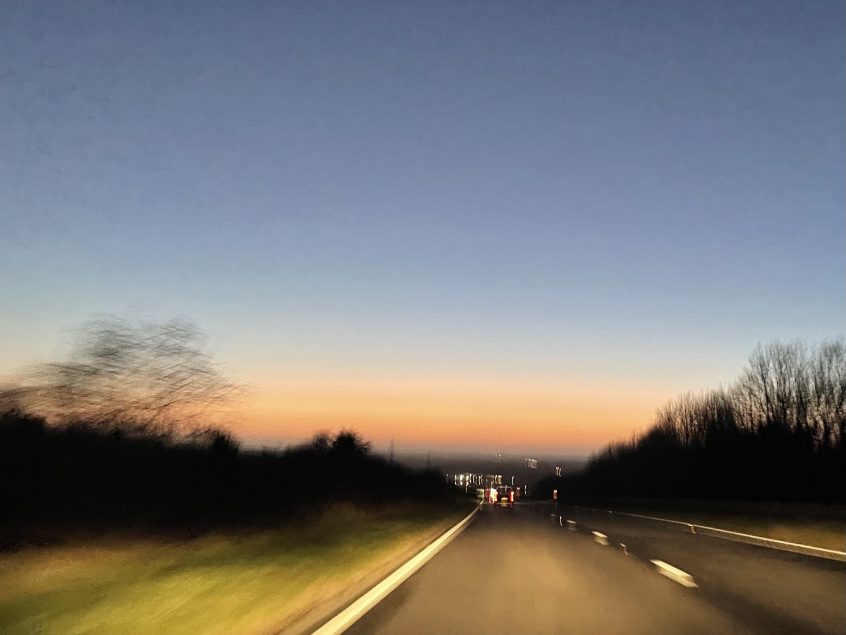 Recently I started work on a copyediting project that intimidated me. I’ve copyedited hundreds of books, so this is unusual. A lot of the work I do is for returning clients, meaning that even if every book is different, there is enough that is similar about projects to make each beginning slightly less unknown. Even with new clients, I have enough experience to bolster my confidence as I get stuck in.

This project was a little different, though. Some of the things that happened in the run-up to it I might have seen as red flags, had the work not been for a trusted client.

Any one of these things might have caused me to turn the project down, but I decided to continue. Partly because I didn’t want to let the client down, partly because I have bills to pay, and also because, despite some concerns, it seemed like a fascinating project.

Leave defensiveness at the door

Before I started work on the text, I confess that I was already feeling a little defensive. While I felt for the author if they had indeed been badly edited in the past, I was also very worried about the implications for my work. Would everything I tried to do to the text be seen as an attack? Would my professionalism be called into question? I was nervous, wanting neither to make the author even more suspicious of the editorial process, nor to risk losing a very good, longstanding client.

Defensiveness when copyediting serves no one well. If I feel defensive, it can ramp up my arrogance, and if I ever start thinking I know it all as an editor, that’s when bad things can happen. (It’s like when I was eighteen and I crashed my mum’s car. I was driving to see a boyfriend, and I was literally thinking to myself ‘hey, I’m really excellent at this driving thing’, probably nodding along to Automatic for the People, and ten seconds later I’d driven at some speed into a verge, and the whole front of the car was buckled.)

So I noticed the defensiveness, and the defiance that swiftly followed it – the urge to show who was boss with this text – and I really challenged both of them. What the text needed, I could see, was as light a touch as possible. What it did not need was me wading in and making All The Changes, just because I could. That would have been gratuitous flexing, and it would have been counterproductive. The boss of the text was not me, it was the author – as it should be on any project.

Knowing the author was likely to be scrutinising everything I did, and probably approaching the task quite critically, slowed me down at first. I was second-guessing every single decision, trying to work out how it would play with this harshest of judges, adding endless comments to justify changes. Basically I felt unable to relax into the copyedit. I was worried at first that I wouldn’t meet the deadline, and that even if I did, my hourly rate would have plummeted.

However, as the pages fell away behind me, things began to flow. For a start, the author could really write. It wasn’t that the text didn’t need an editor, but the large ideas were carefully amassed and arranged, the smaller ones were well ordered and coherent, and at the sentence level words were chosen with precision and flair. Sometimes a word needed tweaking to make a sentence sing, and there was some repetition (we all do this, and I love seeing the ways in which this manifests itself and then finding methods to counter them), but there was no need for me to rewrite things to make sense, or to feel bogged down by the tedium of a badly expressed essay. I got quite lost in wanting to know this person’s story – how the hell they got from A to B.

My best course of action, I decided, was to edit once as lightly as I could but without worrying too much, and then read everything again and take out any unnecessary edits at that stage. I interrogated everything I’d done. The budget allowed for this level of detail, and that second read turned out to be invaluable. Not only did I find things I’d missed first time, but often I would realise from reading on further that certain changes I’d made were superfluous, and that the original text could stand.

Remember you know nothing

A particular feature of the text was the sheer volume of name-dropping, which made it a complete delight but also a headache to copyedit. Every name needed to be checked – for spelling, capitalisation and so on – which was not only time-consuming, but risked sending me down hugely enjoyable rabbit holes of niche quasi-celebrity gossip. This feeling of knowing nothing – or at least, of knowing that everything must be verified – is one of my favourite aspects of copyediting.

One of the things the author had expressed reservations about at the start of the copyedit was this question of names. At first I worried that I was going to get into trouble for changing the names where they needed to be changed, but as I progressed I came to understand that a previous editor must – for whatever reason, and there may have been a credible one – have not seen this part of the work through, and that had been the problem. The previous book must have contained errors in people’s names. A text is only as solid as its passing references. You can’t convincingly say you were there if you appear to have got the name of everyone else present a little bit wrong.

As the project progressed (at pace – the schedule didn’t get any more relaxed), I anxiously awaited the author’s feedback on early edited chapters. I felt that I’d done the best job I could on the text – with a light touch but making changes where absolutely necessary – but still I fretted that the author simply wouldn’t like anyone editing them, no matter how carefully. However, soon the word came back that the author was happy with my work – not just accepting, but actively pleased – and I continued with renewed vigour and certainty. I wouldn’t wish to go through that kind of probationary feeling on every project, but once I knew I’d got it right, and perhaps redeemed copyeditors everywhere in the process, just a little, I was jubilant. When I received an email directly from the author after the project was over, thanking me for my work, it felt truly earned.

I’d started the project with my chest puffed out, feeling indignant that I might have to prove myself, with all my years of experience. But actually, working hard to do just that resulted in me carrying out an extremely careful edit, and perhaps reminding myself of a more consciously humble approach that I can apply to all of my work, even where the client or the author isn’t coming at it from such an initially sceptical perspective.

While the copyeditor is rightly employed for their professional expertise, when it comes to the text itself they are rarely the expert. And I’m grateful to this project for reminding me of that, while also turning out to be immensely fun.

2 Comments on “Humbly, your copyeditor”